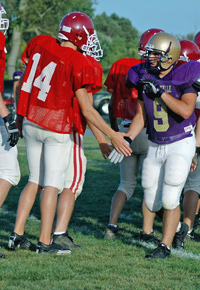 While some parents, coaches, and others are still quick to say “no blood, no foul,” many are starting to take concussions more seriously—as well they should. Just because the injury isn’t seen externally does not make it any less real. From brain damage to depression and even suicidal tendencies, head trauma is no joking matter. Unfortunately, it’s taken many newsworthy stories of serious head injuries to get concussions the attention they deserve. In the wake of such press, athletes, coaches, and parents may wonder why there’s a seeming increase in such injuries and what should be a reasonable response.

Two famous names that have hit the papers as a result of head trauma include Muhammad Ali, Sidney Crosby, and many football stars. The boxing relic has suffered fairly extreme motor deficits, while the NHL star has been sidelined for symptoms that seem concussion-related. In the mean time, a heightened number of suicidal college and pro football players are bringing attention to the serious nature of head injuries. 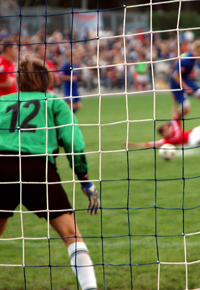 While some of the change in head trauma awareness may be due to the famous names involved, some change is also likely due to increased risks involved in modern sports, something that isn’t limited to the pros. Such heightened risks are likely due to changes in the athletes themselves: They’re bigger than their predecessors and tend to move more quickly and hit harder, too. The resulting increase in diagnosed concussions occurs among amateurs and professional athletes, alike. What’s more, many athletes suffer brain damage from “micro-traumas” to the head, as well. From heading soccer balls to pushing up against opponents, soccer and football players who repeatedly cause trauma to their heads in the same ways can suffer similar results that come with diagnosed concussions. 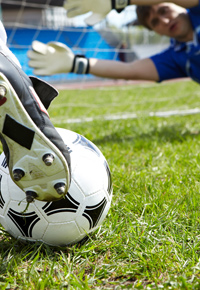 Head injury patients provide physical therapists with some of the greatest challenges. Treatment for head injuries can be difficult. Symptoms often cited include these:

Those best equipped to help alleviate some of the results of concussions include osteopaths or physical therapists that specialize in cranial-sacral/manual therapy.

Even with the best medical care, these kinds of symptoms that stem from concussions often come with consequences that far outlast the glory of a trophy or the benefits of athletic competition. While many young athletes are unable to weigh the temporary against the permanent, parents should be advised regarding the seriousness of head trauma. Especially if your child has suffered a concussion, you should probably consider removing your child from situations and activities during which the potential for re-injury is heightened.

From the PhysioDC blog: