How are churches holding up in this recession-plagued economy? At eGiving.com, we’re more encouraged about the benefits of electronic tithing than ever. However, the 2010 State of the Plate church survey (Word doc) shows a mixed bag of results, when it comes to giving trends in general. The findings of this second annual survey by Maximum Generosity and Christianity Today International reflect the 2008-2009 realities in over 1,000 Christian churches of varying sizes and denominations.

When you read that “nearly 40% of churches across the country experienced a decline in church giving and offerings in 2009,” the outlook may look bleak. However, a closer look at the stats reveals that even though 38% of churches did see a decline in 2009 (compared to 29% in 2008), 35% saw an increase (compared to 47% in 2008), while 27% saw little to no change. Megachurches (those with 2,000 or more who regularly attend weekly services) have been hit hardest, as have been churches on the West Coast. 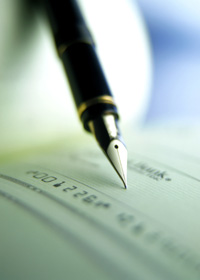 The above-cited year-long trends connect strongly to disappointing end-of-year giving: 32% of church leaders said that December giving fell short of anticipated amounts. At a time when many Americans are experiencing a personal recession, the holidays are chock full of conflicting financial decisions, making lower giving less than shocking to many, though; 23% said that December’s numbers were better than they’d expected.

While church giving has reflected the economy, so have many new determinations; and they’re not all negative. Of the 32% of churches who made budget cuts ranging from 1-20% (compared to 14% in 2008), many made the most significant cuts in the following categories:

While 24% of church budgets remained stable, 45% actually increased (compared to 23% in 2008). Increases generally fell into these areas: 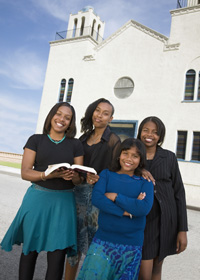 Besides budgetary considerations, many churches are responding to both the economic crisis and the decreases in church giving by finding creative ways to expose parishioners to the more than 2,000 Scriptures that relate to finances as well as tools and programs that emphasize biblical principles of financial management. According to Brian Kluth from Maximum Generosity, “In our new economic culture, churches must learn to intentionally teach Biblical financial and generosity principles to help serve the families in their congregations and to reverse the decline in giving.”

One trend that can complement the various means of educating churchgoers regarding biblical principles of stewardship is providing opportunities for electronic giving and online tithing. While in 2009, 36% of churches already offered such venues, an additional 29% were considering it.

The kind of sustainable income your church can expect from recurring electronic tithing programs available through eGiving.com can help your budget to weather the economic storms of our day.