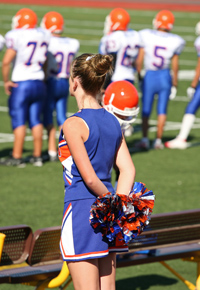 Football season is fast approaching, and what better way to excite the fans than promoting giveaways that include complementary flash drives? It’s the perfect time of year to take advantage of such a promising opportunity.

Think about it: Football games, professional or minor league, are always giving away freebies. So why not put the overused team towels and pom-poms on the back burners every once in a while? Instead, give them something they would truly get everyday use out of- a flash drive with their favorite team logo on it!

There are so many chances throughout football Sundays to give away these fabulous prizes. When die-hard fans are outside tailgating and supporting their team all day long until that late night kickoff, you can hold fun contests like testing their trivia knowledge about current and past players, seeing who would be considered the best quarter back because he or she can throw the ball the furthest, and determining who has the most team spirit because they are painted head to toe in their team’s colors. 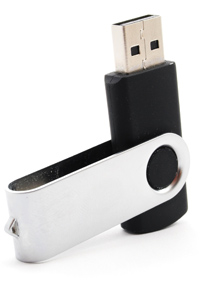 Also, as a thank you to the loyal fans who buy season tickets year after year, send them a flash drive with the team logo on it. It’s a nice and simple way to say, “Thanks for sticking by our side through all the ups and downs.” These are the people who came to support the team, whether it was during that riveting Super Bowl win or the heart wrenching playoff loss. True fans can weather the tough times, just like a durable CFgear flash drive can!

It is also known that football teams make a lot of appearances, help out numerous charities, and hold many gatherings at the stadium during the off season. When your football players are making appearances to sign autographs that fans have to pay for, throw in a custom flash drive with that priceless signed picture.

We know that football players like to give back to the community and are constantly doing community service, whether it’s for struggling city teens or breast cancer awareness. A flash drive is a great device to give to teen groups that the players support. Flash drives have infinite educational value, so it’s a great way for team members to show teens the importance of doing well in school.

Team stadiums are always having events like Summer Fun Days. There are an endless amount of activities during the day, such as playing games, taking pictures with the cheerleaders, eating those delicious stadium hotdogs you know you love, playing on the field, and taking back stage stadium tours that show you the team locker room. So there are plenty of opportunities throughout the day to give away your team’s customized flash drives.

Men and women will be showing them off to their co-workers at the office. Since team jerseys don’t exactly meet the business casual dress code, what better way to show off their favorite team at work? Similarly, children will be excited to pass around their new flashy toy at school. Flash drives have educational uses, though, so unlike handheld video games, your team’s branded flash drives won’t be confiscated by the teacher. So seize the day and take a new, fresh approach with your fans by giving them branded team products that they’ll actually use.