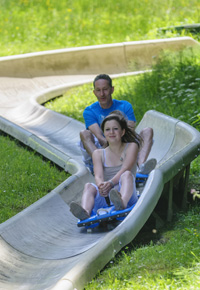 In our image-saturated society, teen girls are especially prone to develop feelings of self-worth based on their appearances. Of course, as parents, we want to encourage them to look their best, right? While helping them develop healthy habits and find clothing that complements their form certainly have their place, there’s something more to this issue than meets the eye. Teens in our culture are at heightened risk for becoming obsessed with themselves and their appearances. What transcendent value is found in such a self-centered, superficial focus? None. Instead of entertaining questions like “How do I look?” or “Does this make my butt look big?” parents can guide their teens to consider more important facets of themselves and even beyond their little worlds.

We’ve all met her: the would-be supermodel with venom on her lips. There’s a fine line between gossip and slander here, but if you ask your teen, I’m sure he or she knows more than one person whose inner ugliness eclipses their outward beauty. Do they enjoy spending time around people like that? What do they think those kinds of people will accomplish in life?

Perhaps you could watch a movie like “Thirteen Going on Thirty” to discuss the kinds of popular people who really don’t deserve to be admired.

Focus on Inner Qualities in Your Teen

This swings both ways—positive and negative. Those character traits your teenager is honing should receive far more compliments than a new hairstyle or great-looking dress. That’s only one of the ways you can show how inner qualities outweigh external ones. What about those character deficiencies? While you don’t want to beat your teen up all the time, they do need you to point out areas in which they struggle and guide them toward improvements. Too often, parents make sure that their teens keep their appointments with all kinds of professionals, from orthodontists to dermatologists, while barely pausing to discuss their kids’ dishonesty or mean-spirited streak.

Consider Others, Not Just Self 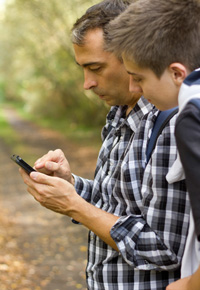 Many scientists believe that teens are physiologically prone toward ego-centricity and instant gratification. They need guidance in order to break past those tendencies, and you as the parent are the perfect guide. Asking accusatory questions like “Did it ever occur to you that your choice affected someone else?!” will only put your teen on the defensive. Instead, you need to voice your own lines of reasoning in times of non-confrontation. For example, you could say, “I had wanted to go see a movie with my girlfriends tonight, but I realized that you’d be home alone, so I chose to spend the evening with you, instead.” After enough modeling, it will become natural for them to at least consider the ways their actions affect other people.

When teens are encouraged to focus on others and their own character development, there’s not as much time or emotional energy left for them to cast toward self- or body-image evaluations.