Although you have tried to control whom your teen hangs out with and befriends, it may be possible that they have become involved in an association that is beyond your control. You may have set certain examples and rules for them to follow. However, by associating with one or two bad characters, your teen may easily be persuaded to join a violent association, such as a gang.

In America alone, there are nearly 25,000 gangs with over 772,000 teenagers involved. The majority of violence in America is associated with a gang. A gang forms among a number of individuals that have the same interests and likes. Unfortunately, much of this interest is associated with violence. 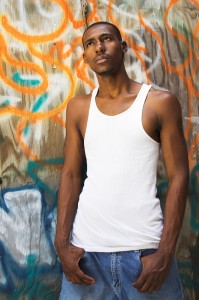 It is understandable that your teen may have joined a gang without the initial intentions of being violent. In fact, your teen may never have shown any violent tendencies before. However, pressure from leading gang members to commit crimes and acts of violence may persuade your teen. Teens may also look at a gang association as a way to fit in and belong with a group. They may view it as a phase in their life in which they can rebel and act out. If your teen has been the victim of bullying, he or she may enter a gang in search of protection.

Although there are many reasons that can prompt your teen to join a gang, it can quickly cause his life to go downhill. Your teen may lose interest in school and extracurricular activities. All of his time will be spent associating and doing things (illegal included) with the gang. He will try to hide many of his activities from you. You may notice your teen have a style change. He may start wearing only certain colors that are affiliated with his gang association. Large sums of money may suddenly appear in your teen’s desk drawer without explanation.

While males seem to be the more prominent members of gang associations, research has found that female participation is on the incline. Gangs exist in every single state in America. Participation in a gang can lead to other dangerous activities such as alcohol and drug abuse.

Getting your teen out of the gang association should take highest priority. Their chances of being murdered increase by 60% the day they join the gang. Many gangs claim location territory such as a certain street or area of the town. Opposing gangs may rage a war or fight. They often stop at nothing to kill or wound a rival gang member. One thing that you can be sure of is that your teen’s involvement in a gang can only mean trouble for their future. 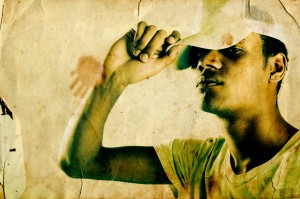 One of the best things to do is to physically separate your teen from a gang. However, if you just simply ground or prohibit them from frequenting near the gang’s location, chances are they will go to any length to meet up with their fellow gang members. Their gang leaders will also go to severe lengths to get a member back. It may be necessary to enroll your teen in a boarding school that will give them distance and separation from the gang.

Although your teen may not be happy about the idea, sending them to a Christian boarding school can ultimately save their life. Sometimes it may be better to have them mad at you for a little while than in jail or worse. After completing a 12-15 month program, many teens can look back and appreciate what their parents did for them. They now have a stronger spiritual connection, are on the right track to graduate high school, and have a brighter outlook for the future.

If your teen has become involved with a gang, please visit www.newcreationsboardingschool.org to learn about the ways that they can help a teen involved with inappropriate associations. Constant supervision from 40 trained staff members will be available. Each day that your teen remains on the streets with their gang association, it further increases their chance of violent activity, jail time, and even their untimely death.