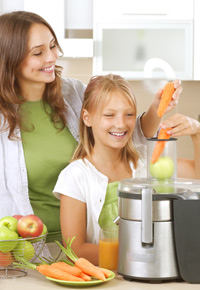 As children grow into young adults, they become much more aware of the issues and concerns of society. From watching a documentary in health class to becoming concerned with their own safety, teenagers often question the way of the world. As this occurs, many teenagers start becoming active in their community. They try to help the environment, promote animal safety, and improve their own health. One way many teens choose to do this is by becoming a vegetarian.

Although some teens give up on the vegetarian lifestyle after a few weeks or months, others find that vegetarianism is the right decision for them, and for these teens, vegetarianism often becomes a lifelong choice. There are many reasons why teenagers become vegetarians, including animal rights concerns, religious or cultural beliefs, diet and health concerns, family decisions, and food preferences, but regardless of why they choose to become vegetarian, it’s important to understand vegetarianism itself. 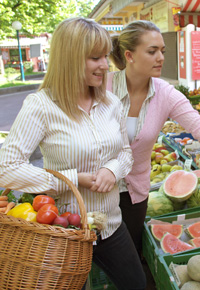 There are four major types of vegetarianism, which are outlined below:

There are many myths surrounding all types of vegetarianism, but the vast majority of those myths are completely unfounded. Some people believe, for example, that it’s impossible for vegetarians and vegans to receive adequate protein, but (as we’ll discuss below), this simply isn’t true. In fact, becoming a vegetarian is one of the smartest health-related decisions a person can make in their lifetime. 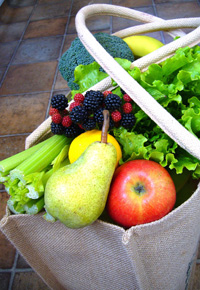 With proper nutrition, the benefits of becoming a vegetarian include decreased risk of all of the following:

Even lean meat diets do not compare to the benefits of vegetarian diet. The American Dietetic Association endorses and strongly encourages vegetarianism for individuals who want to live a long and healthy life by eating a nutritionally superior diet.

That being said, though, before a teenager becomes a vegetarian, they should consult with their doctor to discuss this dietary choice and to ensure that they do not have any underlying health concerns. For the vast majority of teens, vegetarianism is a choice that’s much healthier than eating meat, but it’s still important to consult with a doctor before making the switch. 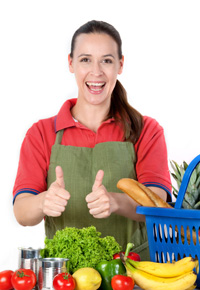 It’s also important that teens understand that switching to vegetarianism means paying more attention to receiving adequate nutrients. Those vegetarians who only eat foods like pizza, French fries, and cake are certainly not going to be as healthy as vegetarians who make an effort to eat plenty of fruits and vegetables and adequate protein. The five nutrients that teens need to pay special attention to including in their vegetarian diet are explained below.

How do vegetarians get protein?

Protein helps to keep muscles strong, and it makes enzymes, hormones, and other body chemicals that are important to a developing teen. Protein can commonly be found in eggs, nuts, tofu, and beans. It is also found in seeds, soy milk, grains, cereals, and certain vegetables.

Many people believe that vegetarians do not receive enough protein, but this is a complete myth. Unless one eats nothing but empty calories, it is nearly impossible to be protein deficient, even for vegetarians. Many Americans actually eat too much protein, which has been shown to be a very unhealthy dietary choice. Studies show that consuming too much protein increases your risk for a broad range of illnesses and conditions, including obesity, osteoporosis, and certain cancers. Almost all vegetarians receive plenty of protein without even trying.

What vegetarian foods contain vitamin B12? 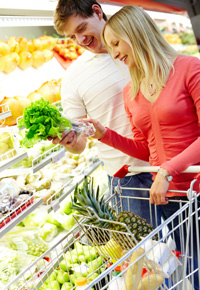 Without enough vitamin B12, the body reacts with symptoms such as anemia, poor memory, and weak muscles. It is very important for teens to ensure that they receive enough Vitamin B12, so most vegetarians choose to simply take a B12 supplement. The vitamin can also be found in fortified soy milk and fortified breakfast cereals, as well as milk and eggs.

Can a vegetarian diet include enough iron?

Red blood cells deliver oxygen to the body, and it also helps in the formation of these red blood cells. Therefore, iron is essential to the human body. It is quite easy for vegetarians to eat enough iron, as the mineral can be found in generous amounts in plenty of non-meat foods, including beans, spinach, beet greens, prunes, pumpkin seeds, broccoli, dried fruit, and many others. 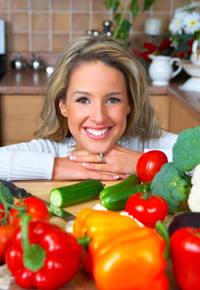 Where can vegetarians find calcium?

Calcium helps build healthy bones and teeth, and it is essential in staving off osteoporosis later in life. Plant foods that supply the body with calcium include leafy greens, broccoli, tofu, beans, and fortified soy milk. Regular (cow’s) milk also contains calcium, but vegetarians should be wary of relying on dairy products as their only source of calcium. Evidence is mounting that suggests that milk’s high acidity harms the bones so much that the benefits of milk’s calcium content are almost completely negated.

How do vegetarians get their zinc?

Zinc plays a key role in supporting the body’s immune system. It also helps cells grow and divide, wounds heal, and carbohydrates breakdown. Zinc can be found in plenty of vegetarian-friendly foods, such as dried beans, nuts, fortified cereals, tofu, and tempeh.

Teens make many lifestyle changes as they grow up, and although it might be a lifestyle that is unfamiliar to you, becoming a vegetarian is actually one of the best health-related choices a teen can make. Even if you’re convinced that your teen will change their mind about being a vegetarian in a few months, it’s important that you support them as much as possible in their endeavor. Not only will they likely be healthier as a result, but it also shows that you care and that you’re willing to let them develop into their own person.

While becoming a vegetarian is a very smart choice, there are plenty of choices that teens make that aren’t so smart. If your teen’s dangerous, defiant, or just plain bad behavior is putting a strain on the rest of your family, then it could be time to seek help from an outside source.