While almost everyone who’s part of our modern, technology-crazed culture has a love/hate relationship with the seemingly unending barrage of new software, gadgets, and tech trends, perhaps parents are most likely to bemoan technology’s negative effects. While you might argue there’s a better way to deal with the effects of kids’ overuse and misuse of said “advances” than those demonstrated by the YouTube-video-gone-viral of the laptop-shooting dad, you can probably identify with his position.

According to Chicago Tribune reporter John Keilman, all parents of this generation of teenagers struggle can relate: “I don’t care if you live in [an upscale suburban area], drive a Prius and think all handguns should be melted into fondue sets. If you’re a mom or dad, you know what he’s talking about.”

Here are some things that the dad did well: 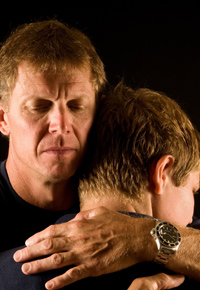 1. He calmly addressed the issues brought up, after having had time to consider them.

Even with his gun at the ready, this dad’s lecture was not an uncontrolled, thoughtless rant. He clearly explained the reasons for his frustrations and answered them individually. Often, parents tend to respond rashly and emotionally, often unfairly assessing the situation and reacting rather than responding to the problem behavior.

2. He used a punishment that fit the “crime” and took steps to ensure that he’d be true to his word.

Since the issue at hand came up through his daughter’s laptop, it was fitting for him to take that tool away from her. (It was also fitting for him to use a public, online venue for his grievances against her, but we’ll get back to that one, later.) While permanently incapacitating the machine may have arguably been wasteful, it did send a strong message and remove the possibility of his going back on his word. Often, parents remove a privilege but are easily cajoled into reinstating it based on good behavior or unrelenting pleas. 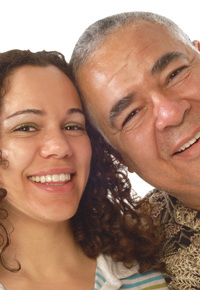 3. He clarified some misconstrued details, and explained his reasoning for others.

Clearly, this dad didn’t succumb to the “because I said so” reasoning of previous generations. He explained why he believed his expectations for his daughter were reasonable. He also called her out on her exaggerated list of chores. This could have been the beginning of a very profitable discussion.

The fact is, though, that what the dad did probably removed the possibility of a productive discussion that would help build character and the parent/child relationship. One of the many down sides of our social networking is that face-to-face communication—and especially conflict resolution—is becoming a lost art.

While there are some positive lessons parents can learn from the laptop-shooting dad, we’d all do well to avoid what may well be his greatest vice: failing to model the kind of relationship-building communication skills he’d likely prefer his daughter to use. As parents, we need to exhibit mature communication skills when we respond to conflicts with our kids. Then, maybe someday we’ll have hope of seeing them do the same.

The original YouTube hosted video is below. Note that there is profanity in the video.

Feel free to leave your impressions of what this father and/or daughter did. Was the dad right in his behavior? Was the daughter right in what she did? Since this video went viral (33.5 million views on YouTube at the time of this writing), how has this extremely public incident affected the relationships between the father and the daughter? If you were the parent or the teen, what would you have done?